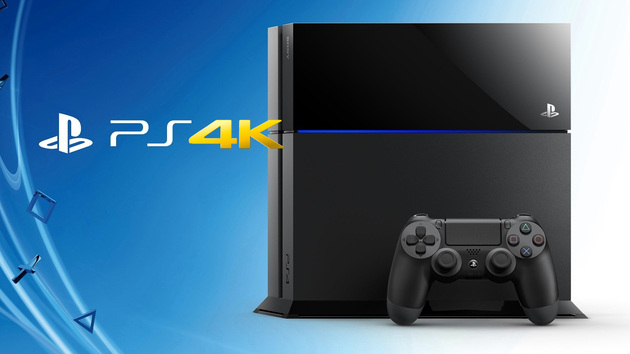 Sony PS4 upgrade to include UltraHD and richer graphics

Sony is developing an upgraded version of its PlayStation 4 gaming console that will offer ultra-high definition 4K resolution and richer graphics, according to the unit’s chief executive, as the company strives to maintain its lead over rivals Microsoft and Nintendo.

The plan marks the first time that Sony has improved the processing power of a PlayStation midway through the usual console cycle, as it looks to keep up with the more rapid pace of product launches in the smartphone and PC sectors.

Andrew House, president and global chief executive of Sony Interactive Entertainment, told the Financial Times that the “high-end PS4” would be more expensive than the current $350 version.

“It is intended to sit alongside and complement the standard PS4,” he said. “We will be selling both [versions] through the life cycle.”

The new console, which is codenamed “Neo”, will target hardcore gamers, he said, as well as consumers with a 4K television set looking for more high-resolution content.

As well as new hardware, Sony is also seeking to broaden the appeal of the PS4 through new services such as its PS Vue internet TV and a PS Music partnership with Spotify, the streaming company.

Reports of the new console emerged in March on gaming news site Kotaku after Sony began talking to developers about creating games that were compatible with the improved hardware.

Anticipation intensified ahead of next week’s E3 gaming conference in Los Angeles, where Microsoft is also believed to be planning to launch an updated Xbox One console.

However, in a move that may disappoint some fans, Mr House said that Sony would not be unveiling its new console next week and refused to say when or at what price the unit would go on sale. “We want to ensure we have a full range of the best experiences on the new system that we can showcase in their entirety,” he said.

Nonetheless, he downplayed concerns that the move would cause interoperability problems between the old and new PS4 hardware.

Both PS4 variants will also support its forthcoming virtual reality headset, which will go on sale later this year.

Developers should also see a “seamless” experience between the two versions, he said, requiring a “small but manageable” amount of extra work when creating a game for both.

Mr House did not go as far as Xbox chief Phil Spencer in saying that consoles would become more like PCs, seeing regular improvements to their components rather than jumping between generations as they have for the last 30 years, he saw an opportunity to deliver “some additional benefits” to both consumers and developers within what is usually a five to six year lifespan.

“The consumer is attuned to a different cadence of innovation in technology thanks in great part for the upgrades cadence on mobile phones or PCs,” Mr House said.

Despite a resurgence in PC gaming and the popularity of smartphone games such as Angry Birds and Candy Crush Saga, PlayStation 4 become Sony’s fastest-selling console yet, reaching cumulative sales of 40m last month — far ahead of its rivals. Analysts at IHS, a consultancy, estimate that Microsoft’s Xbox One had sold 21m units at the end of March, while sales of Nintendo’s Wii U have struggled.

Even as overall console sales growth in the US, the largest gaming market, slowed in May, according to market researcher NPD, PS4 continued to grow, boosted by the success of its new Uncharted 4 game, which is not available on other platforms.

As with the current PS4 and its forthcoming VR headset, the new console will be “standalone profitable at the time that we launch it”, Mr House said. In past generations, Sony subsidised the cost of the console in the hopes of turning a profit through software sales. The investment required to develop the new PS4 is already accounted for in Sony’s latest financial results, he added.