We think the PlayStation Now service could be connected to the PS Plus price increase. Will PS4 update 5.0 deliver a nice surprise for gamers?

We may be looking far too hard into this, but we think something is going on in the land of PlayStation Plus.

Following on from the news of the PlayStation Plus price increase in Europe and the UK, which goes into effect on August 31, we’ve noticed an interesting change on the PlayStation Store.

Head to the Store on desktop and navigate to the PlayStation Plus section, which is always used to highlight the PS Plus games and discounts for subscribers, and there’s a new banner.

The banner is all of a sudden advertising PlayStation Now in the PlayStation Plus section of the site. 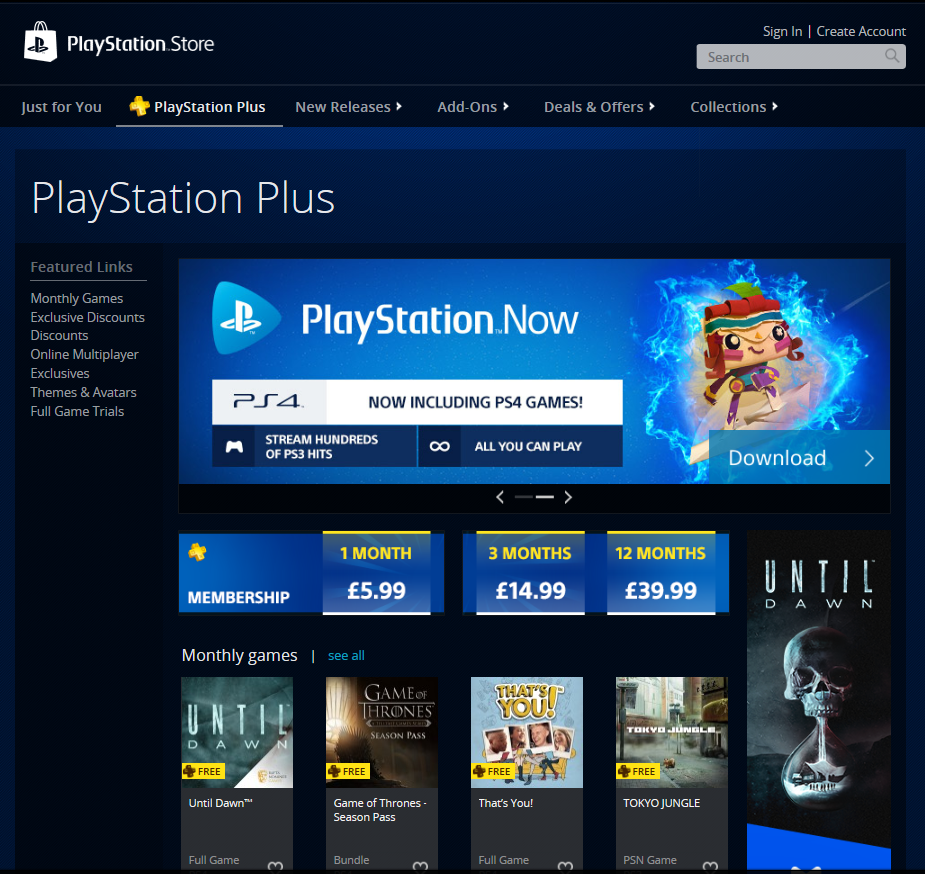 This has got us thinking, and it ties in with exactly what we were talking about in an article entitled: PlayStation Plus: Do we deserve a better deal? In that article we discussed about Sony offering PS Plus and PlayStation Now as an all-in-one package.

The news of the price hike hasn’t gone down well, but is Sony about to sweeten the deal by announcing that PlayStation Now comes as part of that subscription fee?

What’s interesting too is the date that Sony has chosen for the price rise. August 31st is one day after it makes the big announcement about the PlayStation Plus games for September. Could this now coincide with an even bigger announcement involving PlayStation Now?

PS4 update 5.0 is about to enter closed beta. Some users in North America were presented with a short survey when they tried to sign up for it, including one of our Senior Editors, which asked them whether they were a PlayStation Now subscriber. That field was mandatory to fill in at the time. You had to tick ‘Yes’, though Sony later backtracked, said this was an error, and gave users the ability to choose ‘yes’ or ‘no’.

In a recent survey, we asked which feature users would most like to see in the new PS4 firmware update, and the answer was a PSN Name Change, but PlayStation Now integration would be a massive incentive!

Industry insider Tidux, whose revaled many PlayStation secrets in advance, has also weighed in with what he apparently knows, in direct response to our article.

Putting this all together we can only lead to one conclusion. PS4 update 5.0 will be testing something that links PlayStation Plus with PlayStation Now, and we’re making a bold guess that Sony is going to either offer its streaming service bundled in for free for Plus subscribers from August 31, or will offer a discount for the service across its various payment tiers, or give access to X amount of games within the membership.

With the hike in price, and a vast improvement in similar services on Xbox One, this could feasibly be a much-needed shot in the arm for Plus, which has had plenty of detractors in the last few years.

This is mostly theory and speculation, but in the event there’s some fire to this smoke, remember where you heard it first.