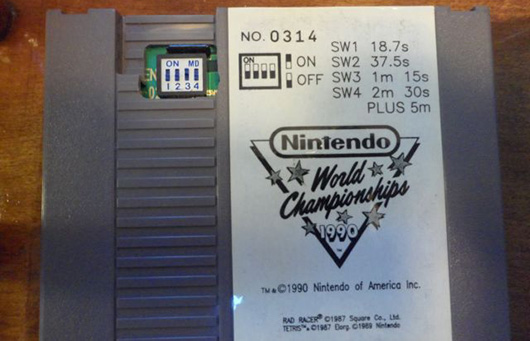 While that number is impressive, you should always view any eBay auction with such an astronomically high final bid as suspect until cash has exchanged hands. There are even reports from users on the Nintendo Age forums that the winning bidder has already retracted his offer. Normally that would be the end of this story, but that massive price point has drawn a number of other Nintendo World Championship cartridges out of hiding.

As Ars Technica reports, one such cartridge in even better condition than the torn label cart on eBay went for $17,500 only yesterday. Two more cartridges, one gray and one gold, are currently racking up bids on the auction site. The former stands at $10,100 with five days remaining in its auction, while the latter has attracted $33,600 with eight days to go.

Update: Destructoid contacted the seller of the torn label cartridge who confirms the aforementioned reports that the winning bidder has backed out.