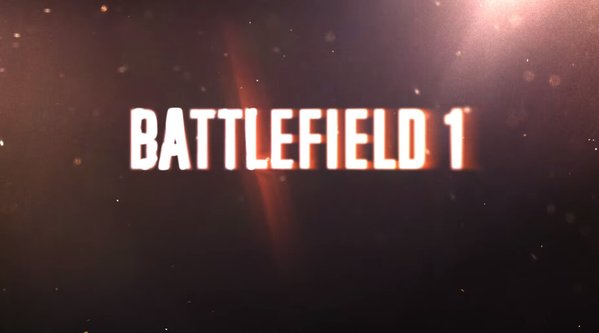 The game will feature World War I as its setting, which is certainly fascinating. It’s in development at EA DICE, and of course it’s built with the studio’s Frostbite 3 engine.

A beta will be available, and in order to have a chance to it, you have to sign up here.

The game will include destruction, cavalry charges, tanks, battleships and air battles with biplanes (including some of the largest vehicles ever built by DICE). It will bring players to the western front, the desert of Arabia and more.

According to the developers, it’s a brutal game featuring intense battles, melee and a sense of “physicality,” with more intuitive controls compared to past games of the series.

The campaign will provide different perspectives from several different soldiers, and more information about that will come in the next few months.

Below you can check out the reveal trailer.